BY STEPHEN BEALE, RHODE ISLAND CATHOLIC CORRESPONDENT
GREENVILLE — A new program launched this fall allows high school-aged girls from around the world to stay at Overbrook Academy, Greenville, and attend classes by day at St. Raphael Academy in Pawtucket.

The program is open to 12 girls, in 10th and 11th grades, who come from a number of countries, including Portugal, Italy and Mexico. In addition to taking classes at St. Raphael, the girls play sports like soccer and volleyball and participate in extracurricular activities.

“We are very pleased and the girls are very happy,” said Cristina Villaseñor, the director of Overbrook Academy, which is run by the consecrated women of Regnum Christi, a lay organization.

Overbrook, which was founded about 30 years ago, primarily serves as a girls-only Catholic boarding school for international students in the 6th to 9th grades. Villaseñor said the school decided to partner with St. Raphael instead of holding high school classes on its campus in Greenville because parents wanted their daughters to experience American culture and learn English.

In addition to academic rigor and cultural exposure, Overbrook provides each high school girl with a mentor who guides them in their faith. The school also offers Mass, makes confession available to the girls and holds confirmation classes.

“This is one of the things that is very attractive for the parents — just to foster their spiritual formation,” Villaseñor said.

Outside of faith formation, the school runs day trips in New England and is planning three major trips for the high school girls to the Holy Land, Disneyland, and World Youth Day in Panama in January 2019.

St. Raphael also benefits from the program, according to Linda Michalczyk, the coordinator for the international students.

“We thought that that would be an asset to the school and the community,” Michalczyk said. “Just being with them our students are learning about other cultures more so than just reading about them,” Michalczyk added. She said the girls introduce the other students to a range of new things — from international food to different ways of thinking to how they approach their studies.

“I think all of that enriches the school,” Michalczyk said.

In interviews with Rhode Island Catholic held at St. Raphael, the Overbrook students said there were a number of reasons they decided to study in the United States. Teresa Rebelo, 15, of Portugal said she wanted to learn English and witness firsthand the American culture she had seen depicted in films.

Silvia Sternaiuolo, 16, of Italy also came to improve her English language skills. “Because nowadays this is so important,” she said.

She described the area as a “completely different reality” from the one she knows in Italy.

“The school is beautiful,” Sternaiuolo added.

Maria Lopez, 15, of Mexico, said she came here in the hopes of better opportunities in work and education. So far she said she has found her classmates at St. Raphael to be nice. “I think the weather is really cold, but I love the place,” Lopez explained.

The students will spend just one year at St. Raphael and then return to their home countries. If the program is successful this year, Overbrook has plans to expand it to 24 spots, according to Villaseñor.

So far, Michalczyk feels that the program has been running well for St. Raphael. “I think it’s been a wonderful beginning,” Michalczyk said. 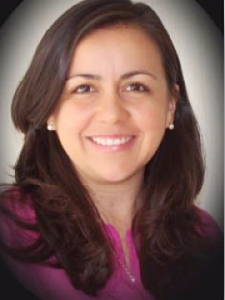